Hannah Kerr, with her hit song Warrior, is coming to Tulsa on July 17th!

If ever a word captured an artist’s heart and ministry, it is the one Hannah Kerr has chosen as the title of her first full-length album.

“The word ‘Overflow’ sums up this whole project,” she says. “Musically, I want what pours out of me to be the overflow of what God is pouring into me. It’s not about my ability or my talent, but about letting God pour truth and wisdom into me and then writing and singing songs that matter.”

That is precisely what she has done with Overflow. The album takes us on a very personal journey made universal by Hannah’s ability to bring emotions to life, and to bring listeners into God’s presence. As such, it is music as a ministry, a combination at the core of her personal and professional journey alike.

“Those things came together for me after my family moved from Buffalo, New York, to Nashville in the summer before my freshman year of high school,” she says. “That transition was the hardest time of my life. I felt so alone and I didn’t want to let my parents know how badly I was hurting. I would dig into the Bible and ask, ‘God, why am I here? Do you have a purpose for me?’ I had always sung, but when my mom encouraged me to try out for the worship team at my church, I tried it, and from the moment I sang my first song in worship, I knew I had found my place.”

What followed was a gradual awakening to songwriting and performing that has led to Overflow—for which she co-wrote seven of the eleven songs—and participation in one of the premiere tours of 2016-2017, “The Very Next Thing Tour” with Casting Crowns and Matt Maher, something that clearly thrills her.

“Casting Crowns has been my favorite artist since I was really young,” she says. “To be on tour with them is a dream come true, and to get to continue the touring relationship I’ve had with Matt is also such a blessing—if I had to pick two artists to go out with, those two would be it.”

As she tours, Hannah is introducing tens of thousands of people to Overflow, an album that she and Producer and Sawyer Brown front man, Mark Miller, pieced together to take listeners on a specific journey.

“‘Warrior’ is the first song on the album,” she says. “If someone only hears one thing from this project, that’s what they need to hear. It’s a song of hope, and more people than I can count, people who’ve gone through struggles with things like illness and chemotherapy, have come up to me and shared stories about how ‘Warrior’ has been a big influence in their lives. The album closes with ‘Be Still and Know’ because I wanted that to be the last thing people hear. I wrote this song for a friend going through a hard time, and I felt that the words God gave me to say to her were, ‘Be still and know that I AM God.’ After everything we hear on the album, I wanted to leave people with that thought, whether this is the best time or the worst moment of their lives, and to have Casting Crowns’ front man, Mark Hall, sing on that track is the biggest honor and such a blessing.”

In between, Hannah explores the complexities of a faith-filled life with songs like “Never Leave Your Side,” a plea for connection (“in the moments when You feel so far away….”) ; “I Stand Here,” a song of encouragement and empowerment; “Radiate,” produced and co-written by her brother Josh, a song celebrating the fact that God’s love and light can bring “beauty out of the ashes”; “Your Love Defends Me,” an anthem written with Matt Maher to declare God’s strength and defense in times of loneliness; and “Love I Leave,” about the desire to make a difference.

Throughout, Hannah’s rich, expressive voice alternately brings home both the intimacy and the grandeur of a walk with God, and her approach declares victory not in self but in God’s love and strength. In doing so, Overflow encapsulates the beating heart of a young woman who approaches her craft first and foremost as a worshipper–and who did not see a career in the spotlight coming.

“I think my journey is a little different than most,” she says with a smile. “A lot of people grew up thinking, ‘I’m going to be a singer or I’m going to be an artist,’ and that was never on my mind. I thought I was way too introverted to be a singer who performs in front of thousands of people, but as I was leading worship in my home church I felt as if that ministry could be expanded to leading worship for the collective church, across the whole nation, and across the world. I felt that God was calling me to do something bigger through music.”

Hannah has been singing in public since the age of 5, when her father, himself a worship leader, brought her to the front of the church to sing. That was in her native Buffalo, in a home where music was a constant.

“Casting Crowns was my first concert,” she says of the band whose front man, Mark Hall, has become a dear friend and mentor. “I grew up listening to them along with Steven Curtis Chapman and Mercy Me. I also listened to my parents, whose worship music always inspired me, and even though I never imagined myself as an artist, I always loved to sing, and I think watching my parents and the outpouring of their gift planted a seed in my heart.”

True to the title of her debut, Hannah found she couldn’t hold back the progression that led her from shy youngster to breakthrough Christian singer and flagship artist on Black River Entertainment’s new imprint, Black River Christian. She found each step on her journey came naturally–from praise to music, from worship to ministry, from living room songs to church services to major arenas tours.

Once her family’s move to Nashville led her to embrace worship leadership, then songwriting and performing, she made a recording that caught the ear of Miller.

“Mark affirmed my calling,” she said and recalled him saying to her, ‘I believe this is what you need to do. You need to have your music out there; you need to lead worship for thousands of people.’ At first, I was hesitant because it was scary and way outside of my comfort zone, but I think that’s how God uses you best–when you’re uncertain and uncomfortable, because that’s when his power is made perfect in your weakness. So I started making music and fell in love with the process of worshipping God and transferring that worship into songs. To me, that’s a great window into my life and into my heart for people that hear it.

That heart, captured in songs about her life and relationship with the Lord, help Overflow more than live up to its name as the place where God’s love and strength flow through Hannah to her listeners.

“I think God is using me,” she says, “because I said yes and I’m willing to be used. I’m just following the call that Christ has placed on my life. When people listen to this album, I want the take away to be that encouragement comes from the Lord. I want to remind them that God is where your worth comes from, no matter how old you are, where you live, or any label that may be attached to you, it’s all about the Lord and the fact that His power in you makes anything and everything possible.” 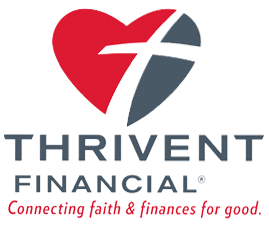 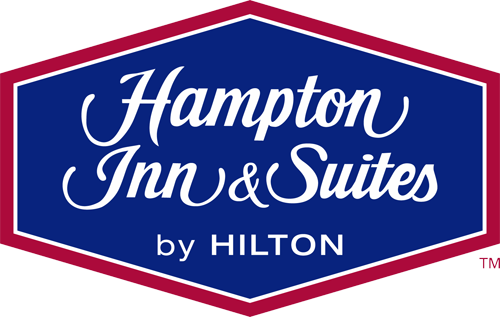